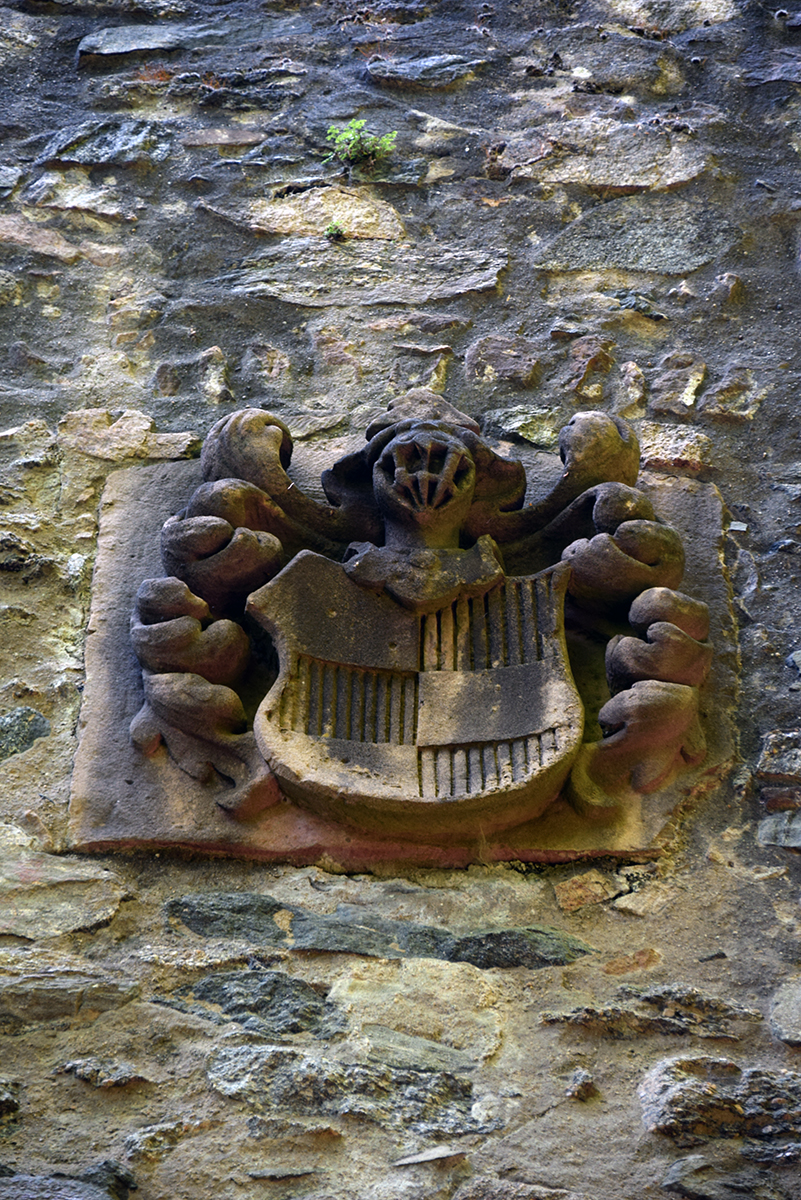 On our way back from Frankfurt a. Main we drove to the castle and i took the chance to take some Pictures of it . Here just a few Pictures and some historical facts.

Build in the middle of the 13th century,by the Lords of Crumbach in a mountain spur location on the eastern slope of the Neunkircher Höhe – Germannshöhe – Rimdidim range and henceforth called themselves von Rodenstein. The brothers Rudolf and Friedrich were first referred to as “von Rodenstein” in 1256, while around 1245 they were still called “von Crumbach”, but they already had the Rodenstein coat of arms.

The core castle in the first phase of construction in the middle of the 13th century consisted of a rectangular, approx. 1.2 m thick ring wall made of quarry stones with rounded corners. On the most endangered side facing the mountain, it was attached to a shield wall with a wall thickness of approx. 2.2 m. Around the entire core of the castle was a wall made of quarry stones, the gate of which was on the side facing the mountain and was secured with a trench. As far as possible, there were no stones, which suggests that the builders have very limited economic power. Since a staggering defense was already possible in this stage of expansion and the shield wall probably provided sufficient protection, the construction of a keep, as with almost 2/3 of all shield wall castles, was dispensed with. Access to the castle courtyard through the ring wall was through a gate on the southeast side. A stone residential building (so-called “old building”) stood, protected by the shield wall, in the northeast corner of the core castle. Surely there were still a large number of farm buildings in the outer bailey and the inner bailey. However, since these were essentially made of wood or timber framework and have been renewed or rebuilt several times over the centuries, nothing is known about their location and appearance.

The castle was expanded in the 14th century by a larger residential building (so-called “Steinerner Stock”), the eastern gate tower, a tower in the southwest corner and a tower with a gateway in the middle of the west side of the Zwinger wall. Around 1500 the gate was bricked up by the tower that was later used as a mill tower and a gate tower was built on the northwest corner. A prison tower was also built on the north ceiling. Shortly after 1500, a second kennel was built on the southwest side with a semicircular gun bastion. Until the beginning of the 17th century, some commercial and residential buildings were added or converted, but no more defensive structures. At this time, military technology (firearms, guns) was already so advanced that effective protection against massive attacks was only possible by converting it into a fortress, which for most members of the lower nobility could no longer be financed. Since the end of the 15th century, conversions to castles have had the “quality of life” clearly ahead of the “defense capability” of a castle. Many castles were converted into more homely castles or completely abandoned in favor of castle-like “manor houses” in cheaper locations. What the Rodenstein Castle looked like at the beginning of the 17th century can be seen in a sketch by Valentin Wagner from 1634.

The Rodenstein Castle was not destroyed by a military assault but has remained uninhabited since the death of Adam von Rodenstein in 1635. Locals nearby and other owners began removing masonry and entablature to be used to build their homes / houses nearby down the hill, therefor the castle gradually collapsed into ruins. At the end of the 18th century, local officials began to preserve and restore some of the remaining structures of Castle Rodensteins ruins and this had been done continuously to this day .

The mill tower, the shield wall, the eastern gate tower, and the gun bastion are largely preserved in their original form, the remaining parts of the wall have been heavily repaired as part of the restoration work and partly rebuilt on top of the remains. ( Historical Information source in german Language – https://rodenstein.de/geschichte.html translation by Hellpleasure)