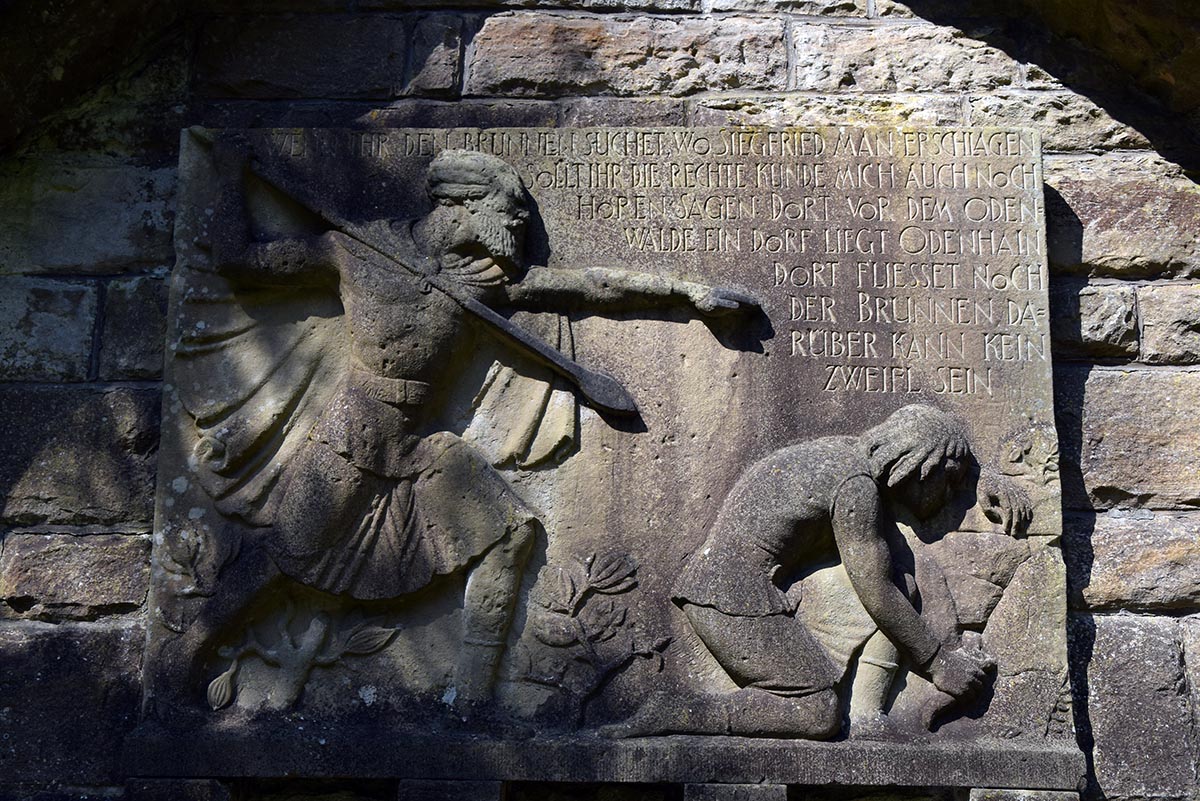 I love traveling to old historical sites. To my surprise, I discovered this location. The Siegfried Fountain is one of the most unclear locations to be determined it is part of a german folk and heroic saga called the Nibelung song. Where the hero Siegfried was killed by Hagen von Tronje. Several Towns claim small springs in their regions as the actual site and build fountains above the spring. In Odenheim the builder of the fountain used excerpts of the saga like old town names and country site descriptions to determine this site. An interesting fact is that the Fountain was build in 1932 with donated Money by Sigmund Odenheimer a Jew that had immigrated to the USA. He wanted to give something back to his hometown.

While taking pictures of the fountain a bird of prey circled overhead and i was lucky to get a nice picture of him … Here the pictures .